The Seven Secrets of Somewhere Lake 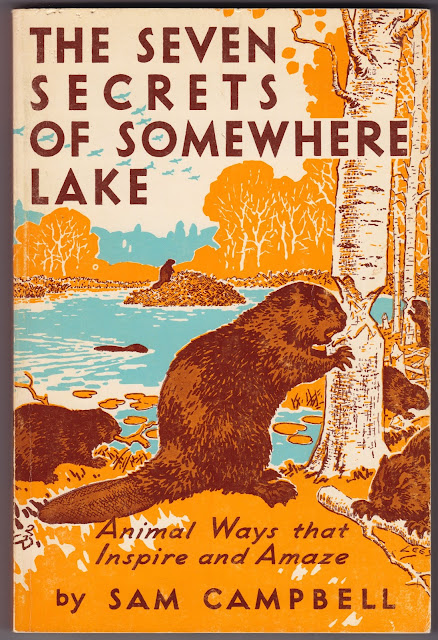 Title: The Seven Secrets of Somewhere Lake
Subtitle: Animal Ways That Inspire and Amaze
Genre: Science, Nature & Pets
Author: Sam Campbell (1895-1962)
Illustrator: Harry H. Lees (1888-c.1960)
Publisher: Pacific Press Publishing Association, Mountain View, California
Series: “The Forest Life Series”
Year: 1952
Pages: 240
Format: Paperback, trade format.
Provenance: “7” written in felt-tipped marker on first page.
Chapter Title Examples: No Baby Animals; Don’t Tell a Soul; Canyons and Chipmunks; It’s a Conspiracy; Goofus; The Plot Thickens; Through the Ages on a Mule; Cats and Calamities; Surprise!.
Opening Sentence: “Salt and Pepper, the grizzled old porcupines, were forest veterans capable of taking care of themselves, and they appeared quite conscious and proud of this fact.”
Random Passage: “The purple cloak of darkness still covered the world as we drove into the parking area at Point Imperial along the Canyon rim sixty-five miles east of the Lodge. On the northeastern horison there was a soft gray glow, the first hint of morning, but elsewhere night resigned. We had expected to have the world to ourselves at this hour, but to our surprise our headlights revealed a dilapidated old car of ancient vintage and uncertain make. No one was in it, and it presented a lonely, deserted appearance.” (from It’s a Conspiracy!)
Goodreads Review: “While animals were the main focus of the book, there were some important human issues that were faced with John and Kona missing their wife/mother, Hi-Bub struggling to find himself, and Bill’s own personal change of attitude towards animals. There is some classical Campbell philosophy, especially when it concerned Hi-Bub, but the focus on the book was nature and adventure.” — Matt, March 31, 2018.
Notes: According to his official website, Sam Campbell thrived as an author, radio personality, lecturer and filmmaker through the mid-20th century, earning the nickname of “The Philosopher of the Forest.” The Seven Secrets of Somewhere Lake is the seventh of twelve in Campbell’s autobiographical “Living Forest” series. I’m including many of Harry Lees’ illustrations in this post because, well, cute animals. 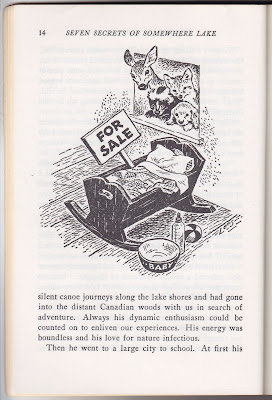 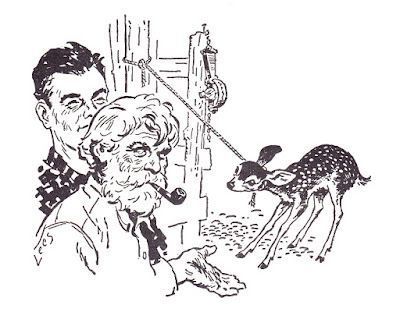 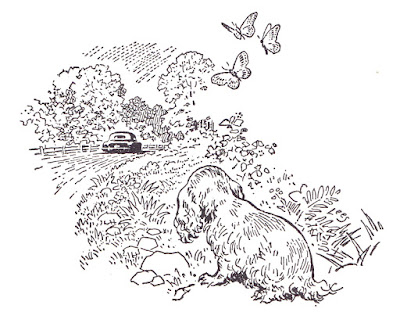 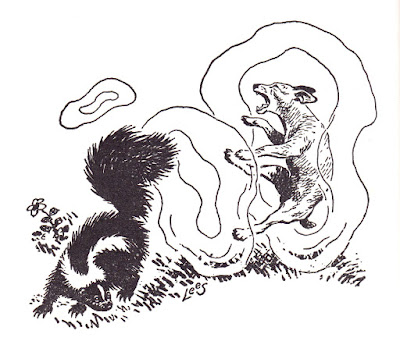 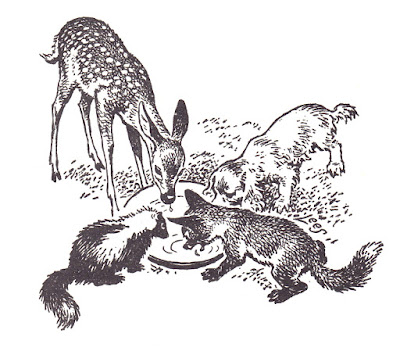 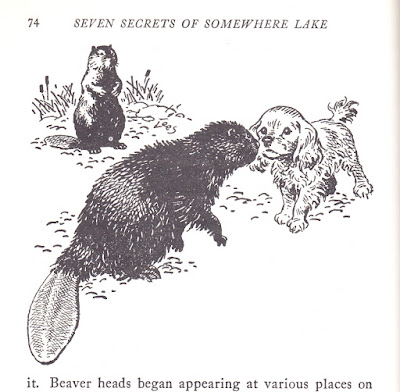 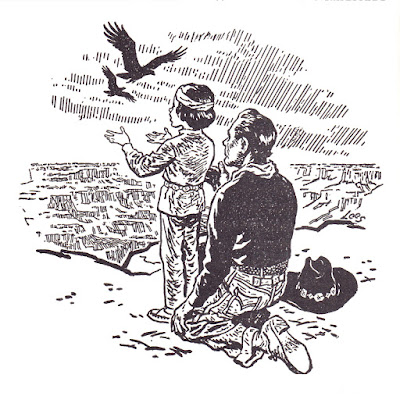 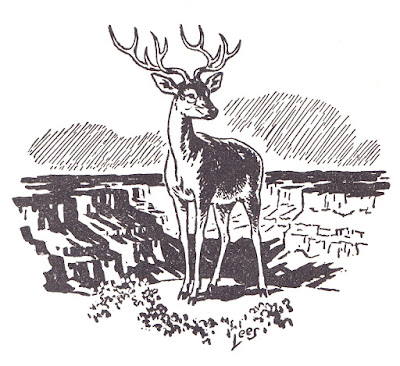 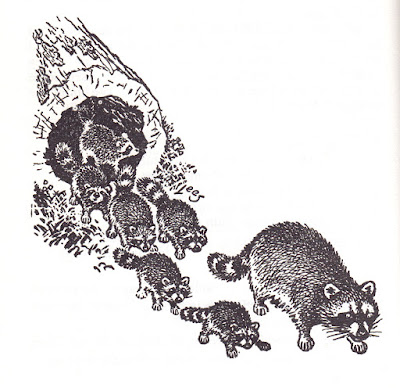 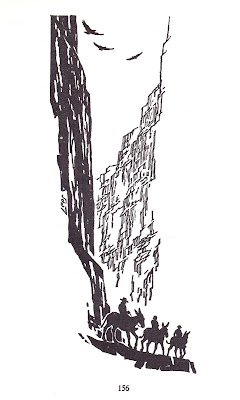 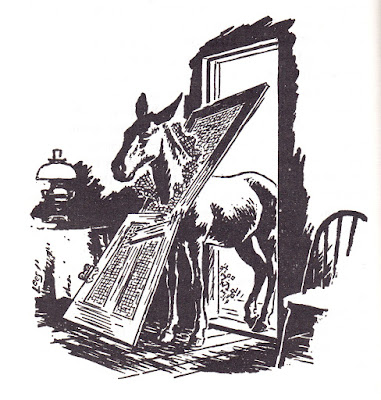 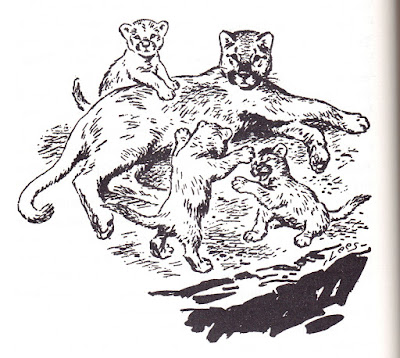 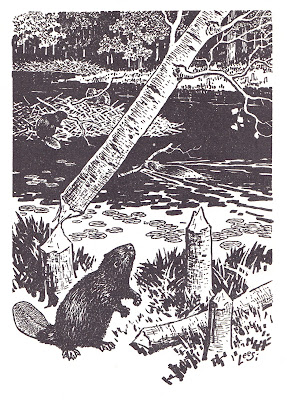 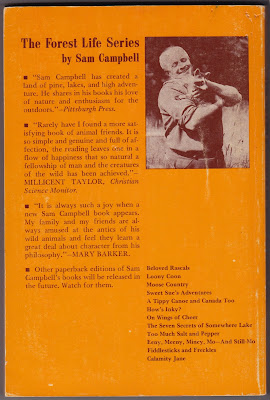 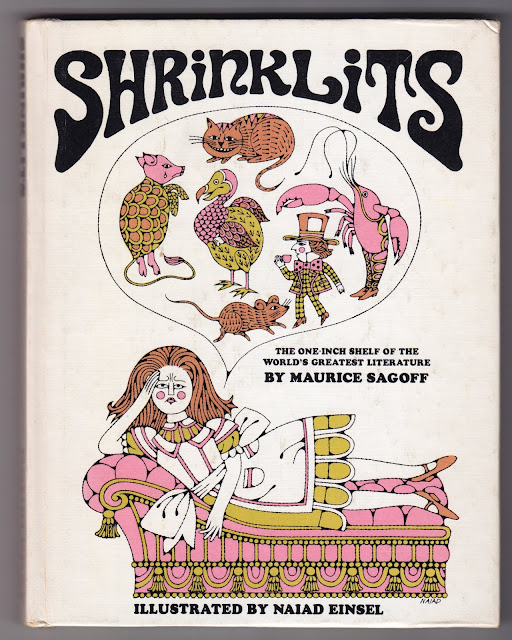