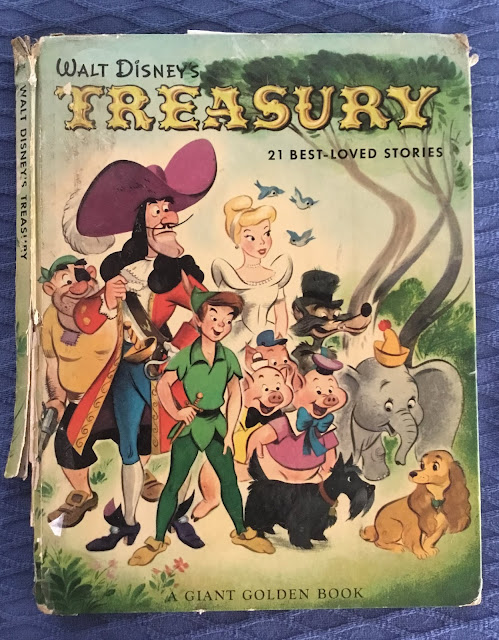 Title: Walt Disney’s Treasury
Subtitle: 21 Best-Loved Stories
Genre: Children’s
Editors: Steffi Fletcher and Jane Werner
Adaptor: Dick Kelsey, assisted by Dick Moores
Illustrator: The Walt Disney Studios
Publisher: The Golden Press, New York, New York
Year: 1961 (10th printing of 1953 book)
Pages: 140
Format: Hardcover with printed, glossy cover.
Provenance: Unknown
Contents: Snow White; Three Little Pigs; Lady and the Tramp; The Old Mill; Bambi; The Tortoise and the Hare; Cinderella; The Little Red Hen; Pedro; De Tar-Baby; Peter Pan; The Ugly Duckling; Pinocchio; Bongo; Peter and the Wolf; Lambert, the Sheepish Lion; The Grasshopper and the Ants; Dumbo of the Circus; Pigs Is Pigs; Ben and Me; Sleeping Beauty.
Opening Sentence: “Once upon a time in a far-away land, a lovely Queen sat by her window sewing.” (from Snow White)
Random Passage: “Up in the woods near Hangman’s Tree waited Hook and his pirate band. As each boy came out, a hand was clapped over his mouth and he was quickly tied up with ropes. Last of all came Wendy. Zip, zip, she was bound up too, and the crew marched off with their load of children, back to the pirate ship.” (from Peter Pan)
Goodreads Review: “The art from this Disney era is really fantastic, with that soft, dreamy quality. Anyone who enjoys the earlier Disney art will appreciate this collection if they can lay their hands on a vintage copy.” — Devon, March 31, 2013.
Notes: By the early 1950s, the Walt Disney studio’s catalog was large enough to adapt much of their output into a good-sized storybook for children. The contents of Walt Disney’s Treasury are culled from feature films (for example, Snow White and Dumbo), segments from animated compilation films (Pedro, from the 1942 feature Saludos Amigos), stand-alone animated shorts (1954’s Modernist gem Pigs Is Pigs), even still-in-progress stuff (Sleeping Beauty, not released until 1959). As usual with Disney, individual artists are not credited—although the cover art appears to be the work of Retta Scott (1916-1990) to these uneducated eyes. 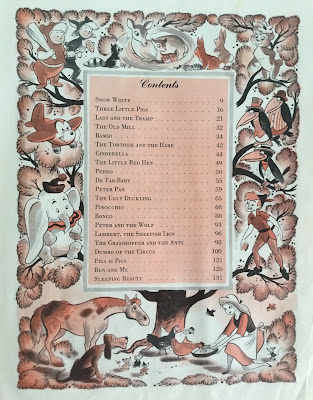 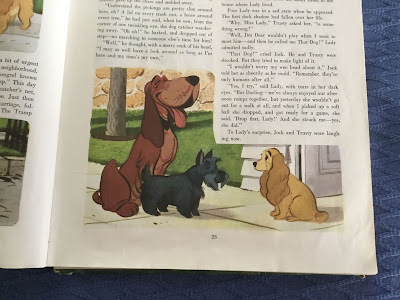 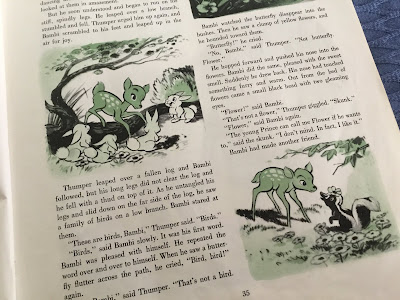 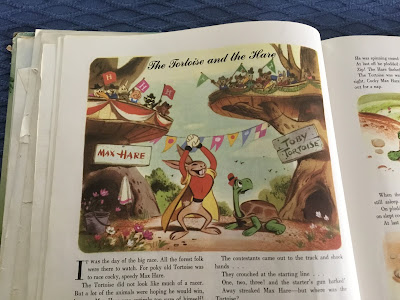 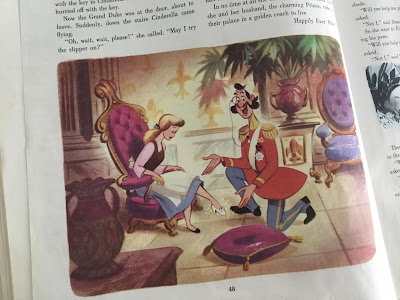 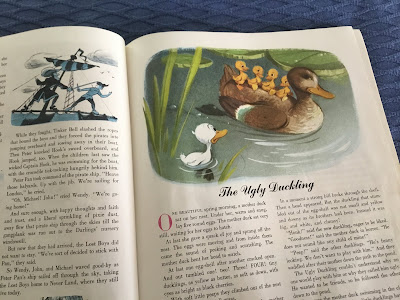 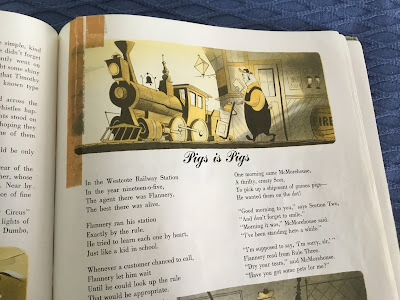 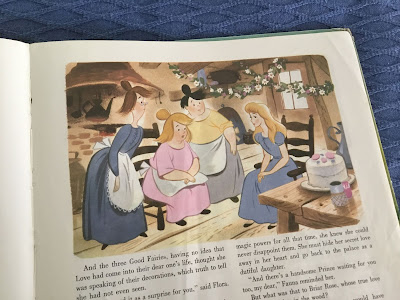 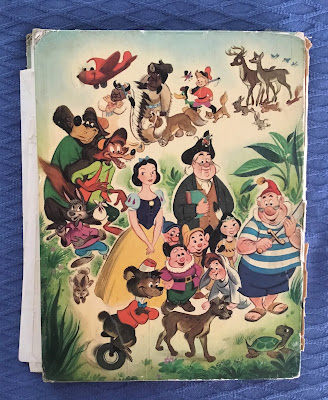 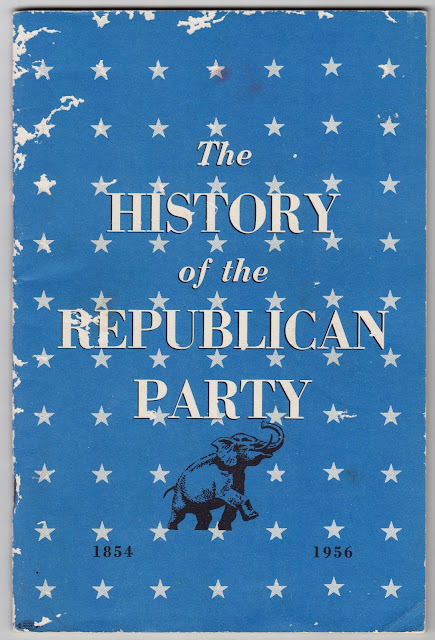